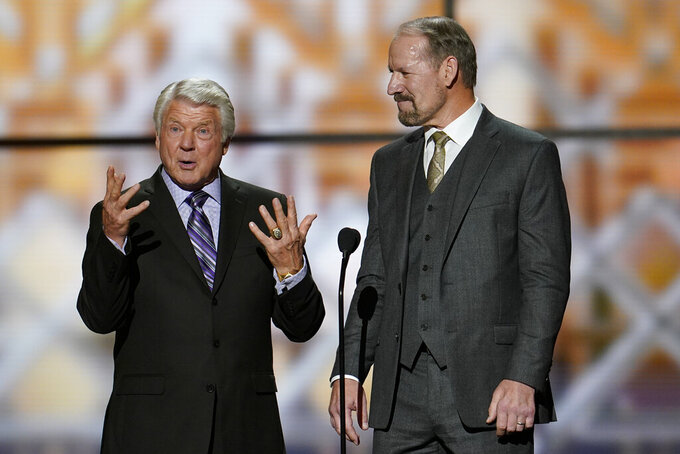 CANTON, Ohio (AP) — The Pittsburgh Steelers and Dallas Cowboys will play in the Hall of Fame Game to honor their former coaches, Bill Cowher and Jimmy Johnson, who will be inducted this summer.

The game opens the preseason schedule on Aug. 6, with Cowher and Johnson entering the hall two days later.

“It was going to be an exciting weekend in Canton at the Hall Of Fame,” Johnson said. “With the Cowboys playing the Steelers, the excitement just went over the top.”

It will be the seventh appearance by each club in the annual preseason game — tied for the most by any team. They have each gone 3-3 in the game.

They also have met three times in Super Bowls, though never with Johnson facing Cowher. Pittsburgh won two of those matchups under Chuck Noll against Tom Landry — both Hall of Fame coaches. In the 1996 Super Bowl, Barry Switzer's Cowboys defeated Cowher's Steelers.

The players entering the hall in August are: safety Troy Polamalu of the Steelers, safety Steve Atwater of the Broncos, receiver Isaac Bruce of the Rams, offensive lineman Steve Hutchinson of the Seahawks and Vikings and running back Edgerrin James of the Colts.

In addition, three contributors, elected as part of the centennial class celebrating the NFL's 100th season, will be inducted: former Commissioner Paul Tagliabue; the late Steve Sabol of NFL Films; and the late George Young, who built the championship New York Giants teams of the 1980s and early '90s.