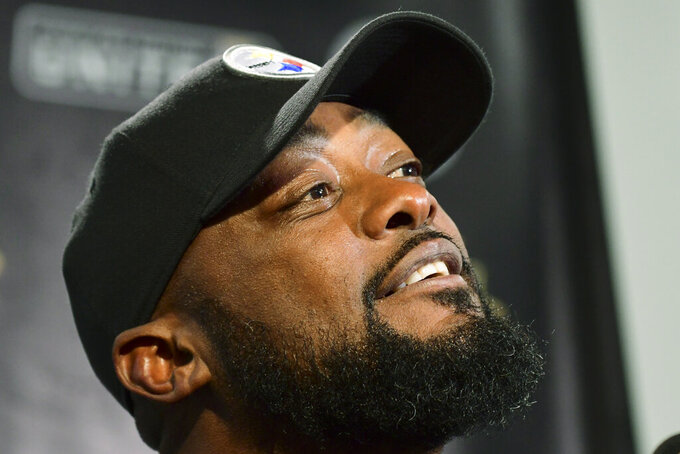 The Seahawks were trailing by three with time winding down when wide receiver D.K. Metcalf caught the ball in Pittsburgh territory and turned upfield instead of stepping out of bounds.

Metcalf fumbled and teammate Freddie Swain recovered with the clock running. Seattle rushed to spike the ball, with the clock on the scoreboard — which is not the official game clock — hitting all zeroes, appearing to signal a Pittsburgh victory.

Officials, however, halted the celebration, saying Metcalf's catch was under review. The ruling on the field stood and the game clock was reset to 3 seconds remaining. Seattle quarterback Geno Smith spiked the ball with a second to go and Jason Myers came on to kick a 43-yard field goal that forced overtime.

While Pittsburgh ended up winning 23-20, Tomlin called the episode “an embarrassment" in the immediate aftermath.

Tomlin said Tuesday he did talk to league officials about what happened but stopped short of saying he was OK with the decision.

“I got an explanation, I wouldn’t necessarily say I got clarity, but I’m not going to discuss it any further,” Tomlin said. “It’s in our rearview. It doesn’t benefit me or us in any way to continue to hash it, rehash it. And so that’s my position.”

Asked if he believed the delay gave the Seahawks extra time to spike it and set up the field goal, Tomlin declined to get into specifics.

“I’m not acknowledging any other component of the conversation,” Tomlin said. “I apologize.”

The Steelers (3-3), who have won two straight, are off this week before travelling to AFC North rival Cleveland on Halloween.