Still no slowing down the Patriots' dynasty 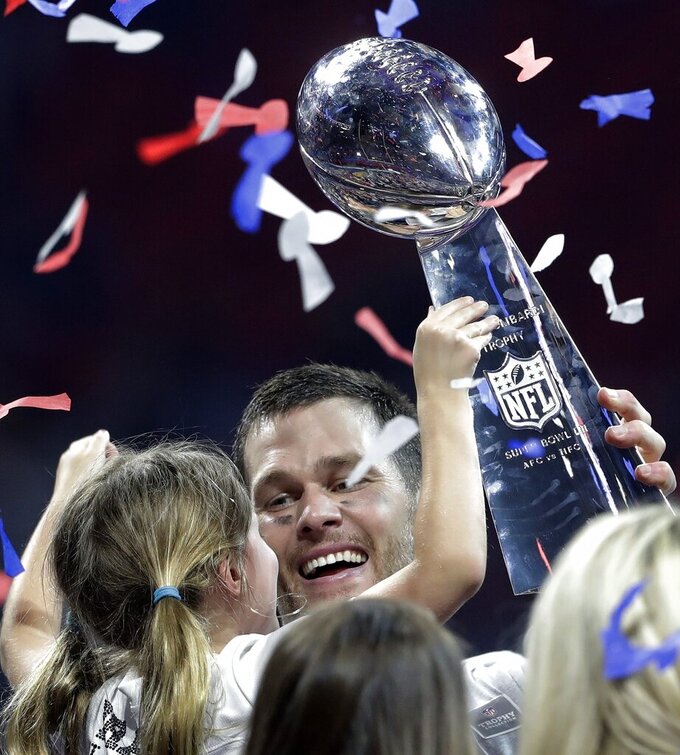 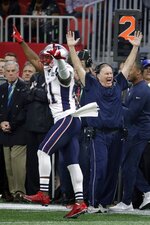 ATLANTA (AP) — Tom Brady quickly made it clear that winning a record sixth Super Bowl title won't change his mind about playing at least another year.

As long as No. 12 is still going, New England's dynasty won't crumble.

"Doesn't change anything," Brady said moments after the Patriots beat the Los Angeles Rams 13-3 on Sunday . "I can't wait to spend some time with my family, my kids and my wife. Couldn't do it without their support. It's been a great year."

The Patriots have long defied odds and continue rewriting history by sustaining their success for two decades. Brady and coach Bill Belichick are 6-3 in Super Bowls since 2001. They have won 10 straight AFC East titles and reached eight conference titles games in a row. They've posted a winning record in 18 consecutive seasons, reaching the playoffs 16 times, winning 16 division titles and nine AFC championships.

It's an unprecedented run, and they're not done yet.

The Patriots were counted out in 2014 after a 41-14 loss to Kansas City on Monday Night Football dropped their record to 2-2. All they've done since is win three of the last five Super Bowls. Each time it appears they may be slipping, the Patriots come back strong and find a way to overcome any turmoil.

Belichick and Brady were supposedly at odds last year and their relationship was reportedly nearing a breaking point.

One of the first people to embrace Brady after the game was Belichick, wrapping his arms around his quarterback and Super Bowl MVP Julian Edelman amid a sea of confetti and a swarm of cameras.

"Coach makes it a challenging football environment, the pressure is always on, and for moments like this, you have to rise to the occasion," Brady said.

Brady hasn't wavered from his stated desire to play until he's 45. He was ordinary much of the game against the Rams but delivered in the clutch in the fourth quarter . Overall, he had an excellent season at age 41 and was spectacular in the conference title win at Kansas City.

Brady shows little sign of slowing down thanks to his rigorous training schedule and nutrition program. And thanks to a great team Belichick re-assembles around him each season, Brady doesn't have to win every game with his arm.

The Patriots reinvented themselves this season, adding a downhill running game that gave the offense more balance. Rookie Sony Michel ran for 931 yards and six touchdowns in the regular season, and 336 yards and six more TDs in the playoffs. He can be even better next season.

"I'm so proud of him," Patriots center David Andrews said of his fellow Georgia Bulldog Michel. "He faced a lot of adversity at the beginning with an injury, and he battled through people calling him a bust. And I knew when he got a shot, he'd cut it loose. We started finding our identity throughout the year."

Then the defense dominated in the biggest game, holding the league's second-highest scoring offense to only a field goal.

"I don't think we care about what people had to say," cornerback Jason McCourty said. "We just knew what we were capable of, and we still had a chance to win the Super Bowl. It doesn't matter how many people doubted us."

It's possible the Patriots may lose one of their key players if four-time All-Pro tight end Rob Gronkowski decides to retire. Gronkowski, who had a 29-yard catch to set up Michel's TD run, isn't certain of his future.

"I haven't thought about that," he said. "That'll be decided in a few weeks or so."

The Patriots can stock up on talent in the upcoming draft. They have 12 picks, including six in the first three rounds. And they have a history of making key free agent signings and trading for veterans who play key roles.

"We have a lot of great people in the organization," Belichick said. "It starts at the top with (owner) Robert (Kraft) and his family. He's given us great support in all the things we need to do to be competitive."