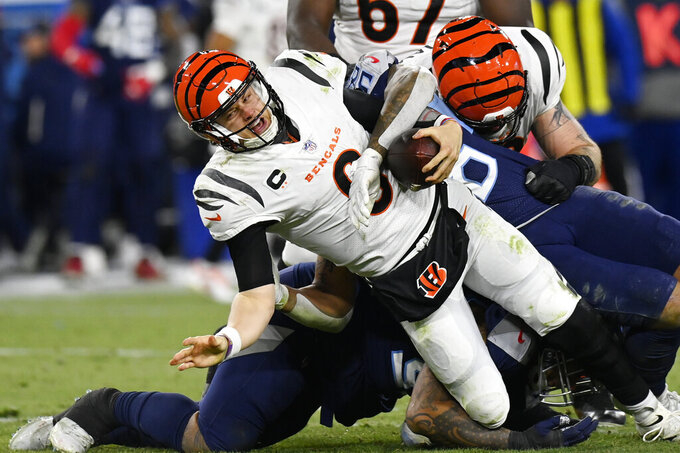 The Titans and Vikings made the announcements Wednesday.

Landry is replacing Joey Bosa (Los Angeles Chargers), and O'Neill is replacing Tristan Wirfs (Tampa Bay Buccaneers). This will be the first Pro Bowl appearance for both fourth-year players, who were each selected in the second round of the 2018 draft.

Landry concluded the best season of his career with a team-leading 12 sacks and 75 tackles, the second most on the Titans. He also had 49 quarterback pressures, 14 tackles for loss and one forced fumble and is scheduled to become a free agent in March. Landry had 1 1/2 sacks and six tackles in Tennessee's divisional round playoff loss to Cincinnati.

O'Neill played 100% of the offensive snaps for the Vikings this season, as the offensive line allowed 28 sacks, the sixth fewest in the NFL. Dalvin Cook also led the NFC with 1,159 rushing yards in 13 games. O'Neill signed a five-year contract extension valued at $92 million in September.