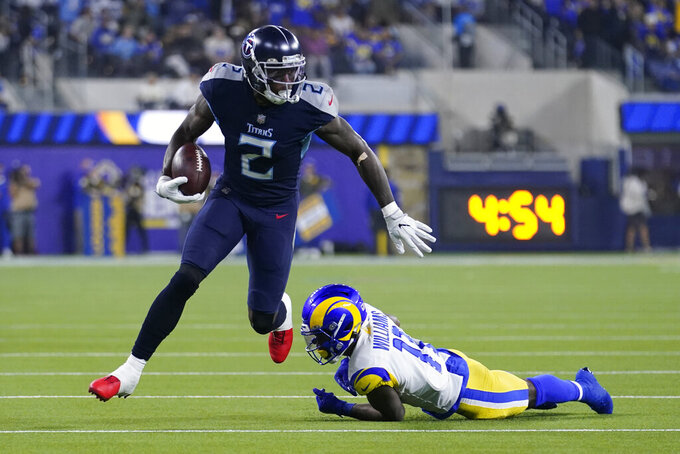 Jones seemingly had healed from the hamstring issue that kept him out of three games this season. He was added back to the injury report Thursday after being seen pulling up after running a route in individual drills.

The 32-year-old receiver did not practice Friday. He has 21 catches for 336 yards, still looking for his first touchdown catch this season. By being placed on injured reserve, Jones will miss Sunday's game with New Orleans (5-3), a visit from Houston on Nov. 21, and a visit to New England on Nov. 28.

Tennessee has its bye on Dec. 2, giving Jones at least a month to heal.