Pandemic limiting what NFL players can do on their off weeks 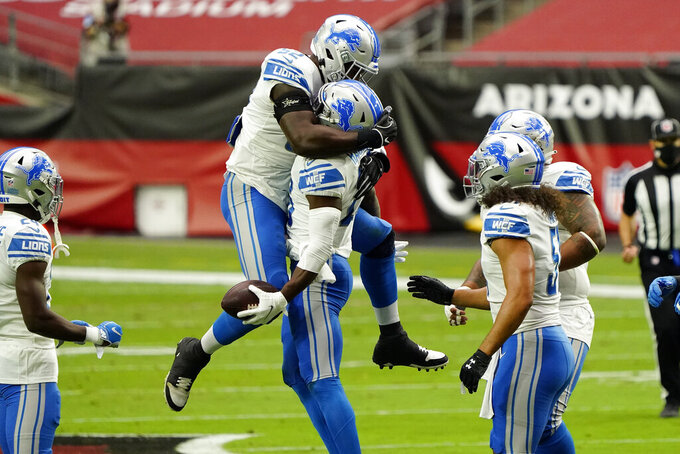 GREEN BAY, Wis. (AP) — Aaron Rodgers and his Green Bay Packers teammates won’t get a chance to celebrate their fast start by leaving town during their week off.

The Packers (4-0) and Detroit Lions (1-3) don’t play this week and therefore are the first NFL teams to get a taste of how different off weeks will be amid a pandemic. Players and coaches aren’t allowed to leave the city where the team is located during the off week, as they must provide daily specimens for COVID-19 testing.

“Totally sucks,” the 36-year-old Rodgers said after the Packers’ Monday night victory over the Atlanta Falcons. “That’s all I can say about that. Obviously it is what it is, the situation. But especially as a older player, I look forward to the bye weeks immensely. I look forward to kind of a reset, recharging the batteries.”

Indeed, players often have used these off weeks to visit their hometowns, take their families on a quick trip or return to their alma maters to watch college football games from the sidelines. They won’t get those chances this year.

“We have new protocols in place that are meant to keep everybody safe and healthy,” Lions coach Matt Patricia said. “And that’s important right now. We’re still in that world and still in the middle of COVID-19.”

Both teams understand what’s at stake, particularly in light of recent events.

The Tennessee Titans have had 20 positive cases since Sept. 29, which caused their scheduled Oct. 4 game with the Pittsburgh Steelers to get pushed back to Oct. 25. New England canceled its practices Wednesday and Thursday amid reports that a third Patriots player has tested positive.

NFL Commissioner Roger Goodell warned all 32 teams Monday that any violations of COVID-19 protocols that force schedule changes could result in punishment including forfeiting games, fines or loss of draft picks.

The NFL sent out a reminder Friday that the league’s agreement with the NFL Players Association in August means players who miss tests can be punished with a $50,000 fine. A second missed test can result in a one-game suspension.

“There definitely had to be a lot of sacrifices made this year for this season to happen, but I think everyone can say that they’re definitely willing to make those sacrifices,” Lions center Frank Ragnow said.

The Packers’ off week comes at a time when the high COVID-19 rates around Green Bay caused the team to announce Tuesday that any plans to have fans at home games this season were on indefinite hold.

“Unfortunately COVID is running rampant in our community, and our guys got to continue to make smart decisions because you can see how it can impact a football team,” LaFleur said. “You’ve got to look no further than Tennessee.”

The protocols are impacting some players more than others.

For instance, Packers running back Jamaal Williams said his routine this week wouldn’t be much different from normal.

“Shoot, (it’s) the same thing I do every time when I leave practice: Go home, chill, watch anime, play my video game,” Williams said. “It’s nothing different for me. I like being at home, chilling by myself. My daughter is coming now so now she get to see me. Now we really get to have fun together. It’s really nothing new to me. I like my peace and quiet.”

Packers running back Aaron Jones said he normally would have visited his family in his hometown of El Paso, Texas, this week. Lions defensive end Trey Flowers said he would have gone to Alabama to spend time with his children.

While the protocols have changed those plans, it has created opportunities for those players who already have their family members with them. Lions safety Duron Harmon said he’ll try to make the most of a chance to celebrate his wife’s birthday Thursday

“Happy wife, happy life,” Harmon said. “I’ll try to make her as happy as I can.”

Ragnow said he’d try to find someplace nearby where he could fish but acknowledged he’d spend much of the Lions’ off week “quarantining and hanging out.” Green Bay tight end Robert Tonyan said he’d probably “just lay in the ice tub a lot” to make sure he’s at full strength for the Packers’ Oct. 18 game at Tampa Bay.

They’re all just looking for different ways to pass the time without the opportunity to go anywhere.