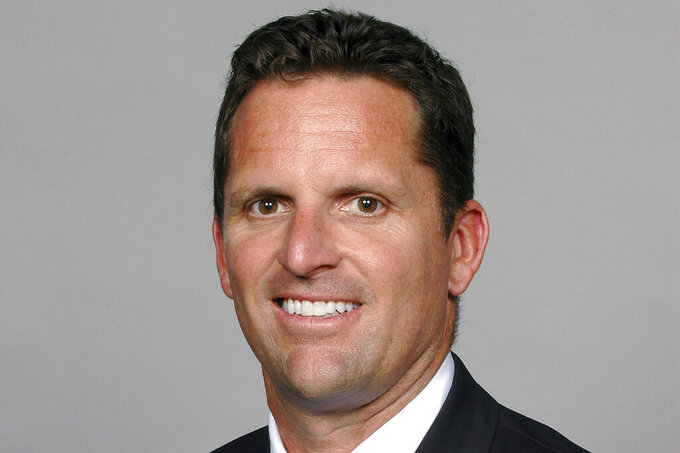 This undated photo provided by the Minnesota Vikings shows George Paton. New Browns coach Kevin Stefanski could be reuniting with an old friend in Cleveland. The team is interviewing Vikings assistant general manager George Paton for the second time to be their new GM, a person familiar with the meeting told The Associated Press on Wednesday, Jan. 22, 2020. (Minnesota Vikings via AP) 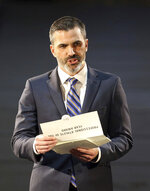 The Vikings assistant general manager withdrew his candidacy Friday for the Browns' general manager vacancy, according to a person with knowledge of the decision who told The Associated Press.

The person spoke to the AP on condition of anonymity because of the sensitivity of the search process. Paton had a second interview Wednesday for the position with the Browns, the latest opportunity the well-respected lieutenant has turned down to stay with the Vikings.

Paton appeared to be the front-runner for Cleveland's job after spending eight hours at the team's headquarters for his second interview. He seemed like a natural fit because he spent 13 seasons working with new Browns coach Kevin Stefanski with the Vikings.

A Paton-Stefanski team would have given the Browns the type of organizational continuity being sought by owners Dee and Jimmy Haslam.

Instead, Paton's withdrawal could lead to the Browns focusing on hiring Eagles vice president of football operations Andrew Berry, who was in Cleveland's front office from 2016-18.

Berry was initially thought to be a favorite because of his relationship with Browns ownership and chief strategy officer Paul DePodesta. The Browns brought in Berry for an interview last week and the team also met with New England scouting director Monti Ossenfort.

If he's hired, Berry would be just the NFL's second current black GM.

It's unclear whether Cleveland's search will expand. Last week, DePodesta said he expected to interview “three to five candidates.”

Earlier this week, Stefanski, who spent one season as Minnesota's offensive coordinator, was vague about discussing Paton's candidacy, perhaps because he knew his former colleague had reservations.

“We’re working through that process and we’re going to make sure we take our time and are methodical about it,” Stefanski said at the Greater Cleveland Sports Awards. “I don’t think we have a timeline (for a decision), but I think we’re huddling up and having a lot of good discussions and see where it goes.

“We’ve brought in some really good candidates. I don’t want to single anybody out. I just know that Dee and Jimmy have done their due diligence to make sure that we bring in some really qualified people and again getting to get them in our building and talk to them and understand that shared vision that we all have, I think it’s been a good process.”

The Browns have had as tumultuous of an environment within their organization as any in the NFL over the past two decades, and Paton may have been scared off by all the turnover. The Haslams haven't kept a GM or top executive for more than two years since buying the team in 2012.

Paton has previously passed on several general manager openings around the league over time that he didn't feel comfortable with.

Cleveland is coming off a disappointing 6-10 season that began with huge expectations. The Browns became a trendy pick to return to the playoffs, but coach Freddie Kitchens was fired after one season and GM John Dorsey left after declining an offer to take a lesser role in the organization.

The Vikings went 10-6 and reached the second round of the playoffs this season. Paton came to Minnesota after previous stops in Chicago and Miami.