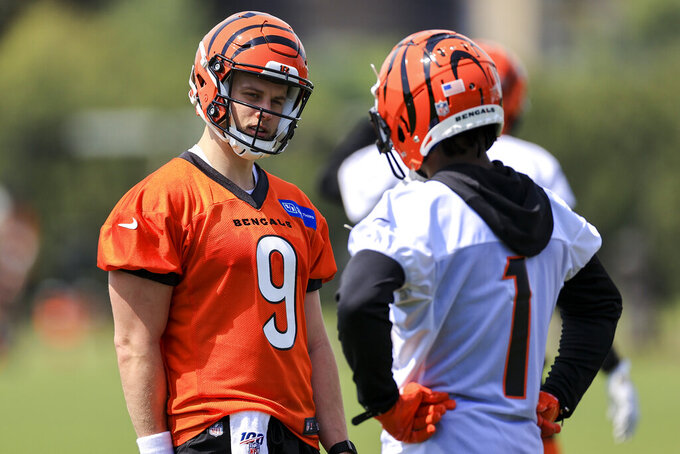 The Bengals also signed defensive end Joseph Ossai, a third-round selection. All 10 of their picks are now signed.

Chase, who opted out of the 2020 college season, is expected to make a difference for the Bengals right away in an offense in need of playmakers to complement the dynamic Burrow. Chase won the Biletnikoff Award as the top receiver in college football in 2019.

Ossai played three seasons at the University of Texas. He is expected to be in the mix on a defensive line that was beset with injuries and struggled to get sacks as the Bengals limped to a 4-11-1 finish last season.